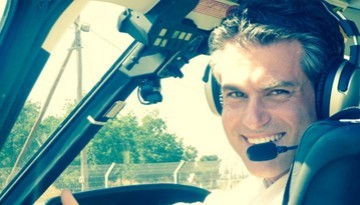 Swiss born Yariv Nornberg is in nowadays the Head of Julius Baer's Representative Office in Israel.

Yariv served during a decade as an active commanding officer in the Israeli Defense Forces and later worked on various international projects for the Carter Center, the United Nations and the World Bank. Back in Israel in 2008, Yariv joined its high-tech industry, working in different managerial roles at Amdocs and Better Place.

Throughout the years, Yariv volunteered at Yad Vashem Holocaust Memorial in Jerusalem and led in June 2004 an archaeological excavation in the town of Auschwitz.